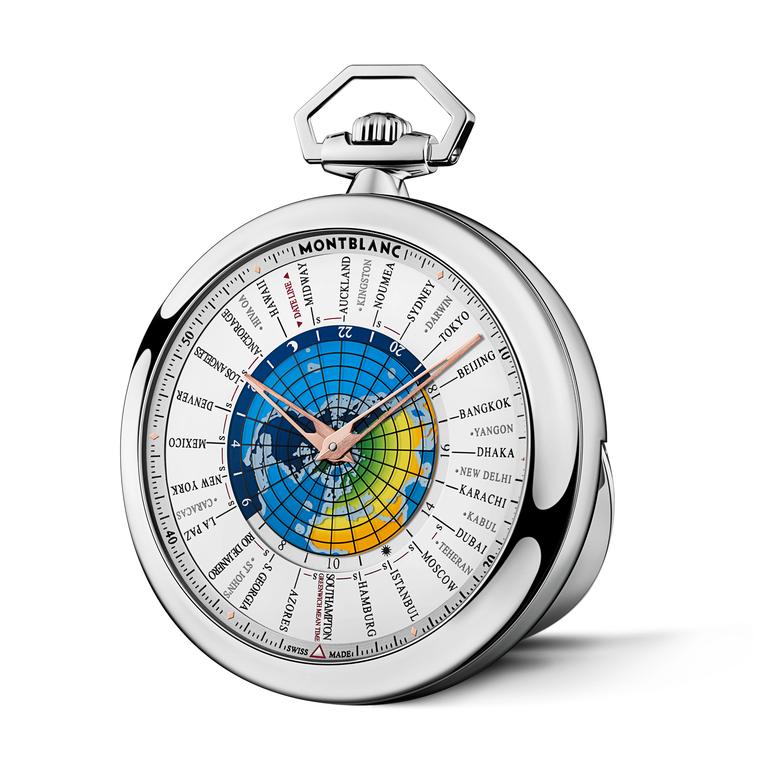 When it comes to wearable technology – personified by smartwatches that can gauge our physical performance and turn on the A/C from a distance – we tend to get the idea that nothing has ever been that revolutionary in the history of mankind. History does, however, tend to repeat itself, and the old saying that nothing is new takes on a new light when we travel back in time and track down the true ancestor of the wearable technology craze. Pocket watches, among the most sophisticated and compact technological products of their time, have enjoyed a healthy lifespan of 500 years before they migrated to the wrist at the turn of the 20th century.

Although pocket watches eventually surrendered their dominion to the more practical reign of wristwatches, they have never entirely disappeared and have been cherished and coveted by collectors for years. And when it comes to pocket watches with multiple complications, nothing to date can beat Patek Philippe’s Henry Graves Supercomplication pocket watch.  Sold by Sotheby’s Geneva in 2014, the Patek pocket watch smashed all records at auction achieving an astronomical $24 million – roughly $1m per complication – and holds the record as the most valuable timepiece in auction history. Upping the antes in the complications department, Vacheron Constantin watches presented a pocket watch in 2015 packed with 57 complications making it the most complicated pocket watch ever made.

So when did clocks shrink to become watches, and why did they end up in a pocket? Although records of miniature clocks date back to the mid-15th century, it was an enterprising locksmith from Nuremberg, Germany, who managed to miniaturise the large components of a clock into a more portable format. Peter Henlein’s breakthrough development of a mainspring to provide energy for the movement in the 1520s became the talk of European scientific circles, and his mini wearable clocks captured the eye of Europe’s nobility. Equipped with just one hand for the hours, these tiny clocks were often cylindrical or spherical in shape and worn around the neck as pendants, attached to clothing or worn in a bag at the waist. Considered the very latest in wearable technology, pocket watches were a powerful status symbol for the wealthy and their protective covers, dials and casebacks were to become the canvases for the most luxurious decorations, adorned with miniature enamel painting, gem-setting, engravings and even pornographic scenes hidden on the inside of the hinged hunter models.

It wasn’t until dapper King Charles II of England introduced the waistcoat to his court in the 1660s that these mini clocks migrated to the pocket. The shape of the clock changed to become rounder and flatter and a trend was set that would endure for centuries. Still very much the domain of the mighty, pocket watches wouldn’t reach the working classes until the end of the 19th century with the advent of mass production and a new form of locomotion that relied heavily on timing: the railroad.

World War I marked the transition from pocket to wrist in the form of military watches. The rigours of trench warfare made pocket watches not only impractical but dangerous and convinced men that wristwatches were not effeminate bracelets but practical male accessories. Although they have never regained their former primacy, pocket watches are converting a new generation of men. Whether it is a reaction to the overload of soulless technological gadgets in our lives or a statement of originality is hard to determine, but there are pocket watches on the market today to suit every possible taste and price point.

Classic models like Frédérique Constant’s pocket watch would look great with a traditional three-piece suit, while Giuliano Mazzuoli’s industrial Manometrino design is meant to be hung from your jeans.

Hermès, synonymous with the most beautiful leather products and a reputable watchmaker in its own right, presented two exquisite pocket watches earlier this year, one with a subtle enamel dial and a leather jacket, the other decorated with a miniature enamel painting representing a panther.

Even Panerai watches, the brand renowned for its XXL professional dive watches, has succumbed to the charm of the pocket watch and converted its iconic Radiomir watch into a pocket watch and table clock. Finally, for modern travellers, there is Montblanc’s stunning Orbis Terrarium model. World timers are the perfect complication that not only gives you the time around the globe at a glance but is bound to become a popular talking piece on your next voyage.