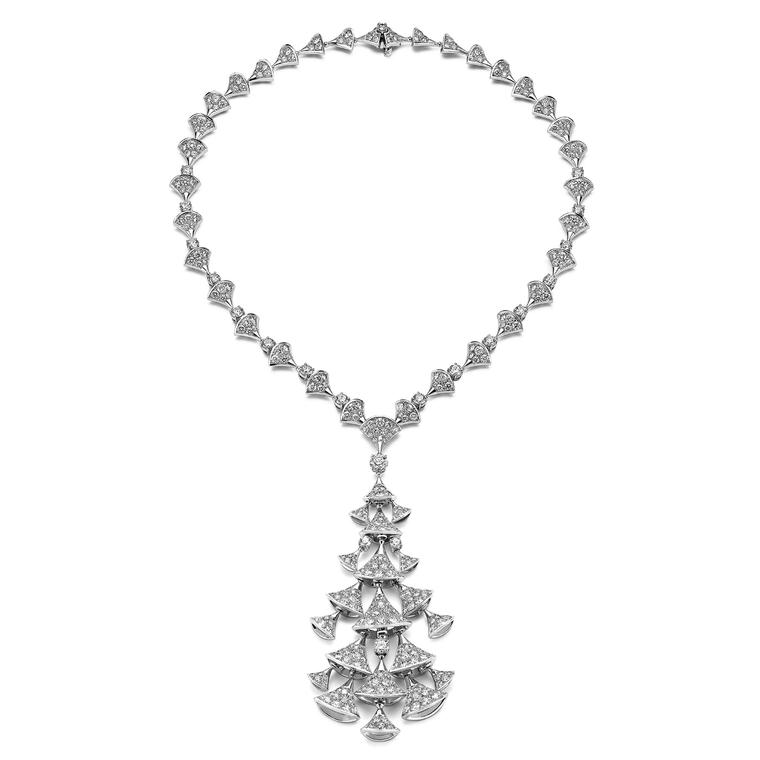 Italian jeweller Bulgari inaugurated its partnership with the Elton John AIDS Foundation in sparkling style by raising £225,000 with the sale of the Diva’s Dream diamond necklace.

Bulgari has once again shown its commitment to humanitarian causes by sponsoring the Elton John AIDS Foundation Annual Woodside Gallery Dinner, hosted at home by the musician Sir Elton John and David Furnish. As well as donating the diamond necklace, Bulgari generously covered all the costs of the evening, ensuring that every penny raised from artworks by Romero Britto, Georg Baselitz and Luke Jerram goes to the charity. Two lucky bidders will be enjoying a private tour of The Radical Eye exhibition with Sir Elton John at the new Tate Modern, which will be exhibiting the musician’s private collection of photography, with dinner served at Sir Elton and Mr Furnish’s London apartment afterwards.

For the 120 guests assembled in Sir Elton’s private art gallery at his home in Windsor, it was one of those evenings that few will forget.  Wearing his trademark sequins and glasses, the Rocket Man sat down at the grand piano and performed a very private after-dinner concert. Adding to the magical atmosphere, Andrea Bocelli sang Italian opera favourites to an enraptured audience. Liz Hurley, seated next to David Furnish, and Jay Joplin of the White Cube Gallery were filming Bocelli singing on their phones while Kevin Spacey was one of many to make a generous pledge to the EJAF.

“This is an event I really love,” raved Elton, his gold, studded shoes sparkling in the lights. “It’s a chance for us to welcome guests into our home to share an intimate evening where we really get to talk to everyone. To be able to thank people for their extraordinary generosity is a special treat. Not only do we do great work because of this dinner, but the fun of performing and the pleasure of hearing the fabulous performers in such a private setting is incredible. I just wish I could control the English weather!” This last comment was not without irony as storm clouds and puddles meant the beautiful garden was out of service for the pre-dinner cocktail.

Joining in the sentiment of the guests, Jean-Christophe Babin, CEO of Bulgari, said: “This magical event in Sir John’s home was unforgettable. The venue was intimate, the invitees are passionate, and the cause is so important. For Bulgari, bettering the world and doing our part is built into our company culture. It is an honour to be partnered with EJAF, a very effective charity, and we look forward to being part of the solution to fighting AIDS.”