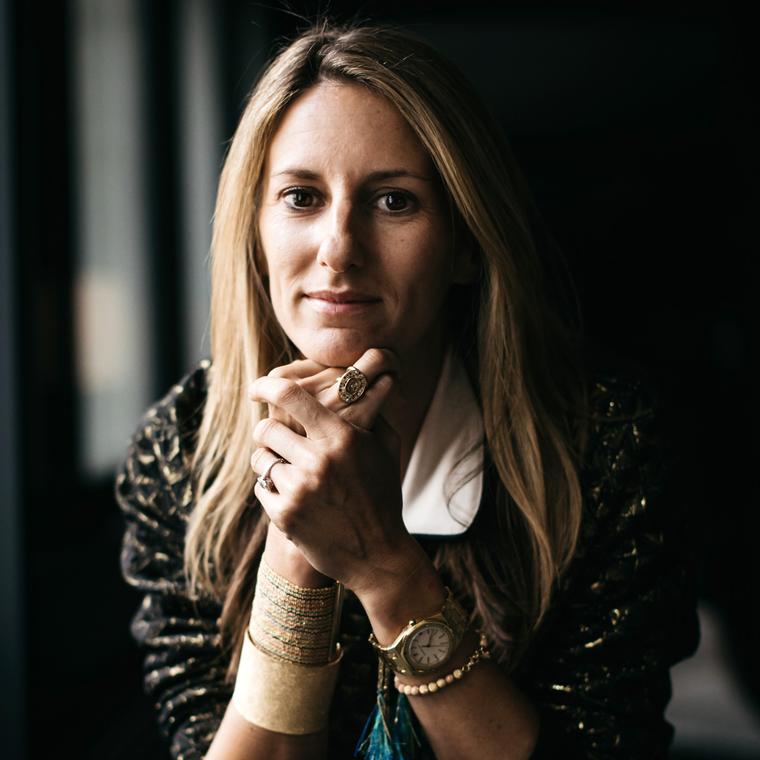 One of the biggest trends in watches this year has been the recruitment of designers from the real world to give watch models a makeover more in keeping with the times. From Jaeger-LeCoultre’s collaboration with shoemaker Christian Louboutin and Roger Dubuis’ partnership with Massaro to Rado’s project with industrial designer Grcic, the trend for third-party creative input is going strong.

Right on cue, Audemars Piguet presents its Royal Oak Frosted Gold watch collection, created in conjunction with Florentine jewellery designer Carolina Bucci, above. From a distance, the Royal Oak Frosted Gold looks like it has been taken out of the freezer, glistening with a subtle sparkle. Instead of the usual solution applied to making men’s watches look feminine by throwing in some diamonds, the defining feature of the watch is its shimmering sparkle, obtained without the use of a single diamond.

Bucci has transposed an artisanal Florentine gold hammering technique, which she uses on some of her larger jewellery pieces, to the world of watchmaking to create this wonderful effect. The Florentine technique involves hammering the gold with a diamond-tipped tool to create tiny indentations that sparkle like precious stones when they catch the light. Although the idea of bringing a hammer to an icon like the Royal Oak might raise eyebrows, the effect is subtle and alluring without being flashy, and the distinct angular profile of the watch case and its bracelet remains intact.

A fourth-generation jeweller from the Florentine Bucci dynasty, Carolina Bucci went to New York to study Fine Arts and Jewellery before returning to Florence and her family workshops, where she makes her famous stackable jewellery and woven silk and gold thread bracelets. When she was approached by Audemars Piguet to refresh the Royal Oak for its 40th birthday, Bucci applied the same perspective that she does to her jewellery: “I wanted to give the watch a dynamic quality that captures the attention of those who see it. When I think about my jewellery, I think about both the wearer and those who will see it being worn. By treating the finish of the gold with a Florentine effect, you have added nothing to the watch, nor subtracted anything – just altered the surface of the gold to make it sparkle when catching the light. In doing so, the watch becomes something entirely fresh and confident.”

Originally designed by Gérald Genta in 1972 for men, the Royal Oak – with its commanding octagonal bezel edge, exposed screws and strong industrial edge – redefined the luxury sports watch.  Revisited for women in 1976 by Jacqueline Dimier – a rara avis in the male-dominated watch industry – the Royal Oak is a bestseller that literally flies off the shelves with every reincarnation.

Bucci herself is no stranger to the watch. Well before her collaboration with Audemars Piguet, she had fallen in love with a gold Royal Oak spotted on a stranger’s wrist in New York. No longer in production, her husband managed to track down a vintage 1976 Royal Oak men’s watch made the year she was born.

The fact that Audemars Piguet called upon female jeweller designer Carolina Bucci gives Jacqueline Dimier’s work a nice sense of continuity and opens a window to more female watch collaborations. “I think it is less common for watches to be designed by women, than, say, fashion or jewellery, and that was even truer when Jacqueline Dimier designed the first Royal Oak for women,” points out Bucci. “Everybody knows about the quality and craftsmanship of Audemars Piguet, but perhaps by injecting this feminine sensibility, people see a new side – something a bit more flamboyant and exuberant with just as much attention to detail.”

The new Royal Oak Frosted Gold comes in 18-carat pink gold or a white gold, below, with a hammered case and in 33mm and 37mm diameters. The dial is hallmark Royal Oak with the waffle ‘grande tapisserie’ pattern, applied gold hour markers and hands with luminescent coating to facilitate reading the time in the dark. The smaller models are equipped with a quartz movement and offer you the hours, minutes and date, while the 37mm watches are fitted with a mechanical self-winding movement made by Audemars Piguet to power the hours, minutes, central seconds and date functions.