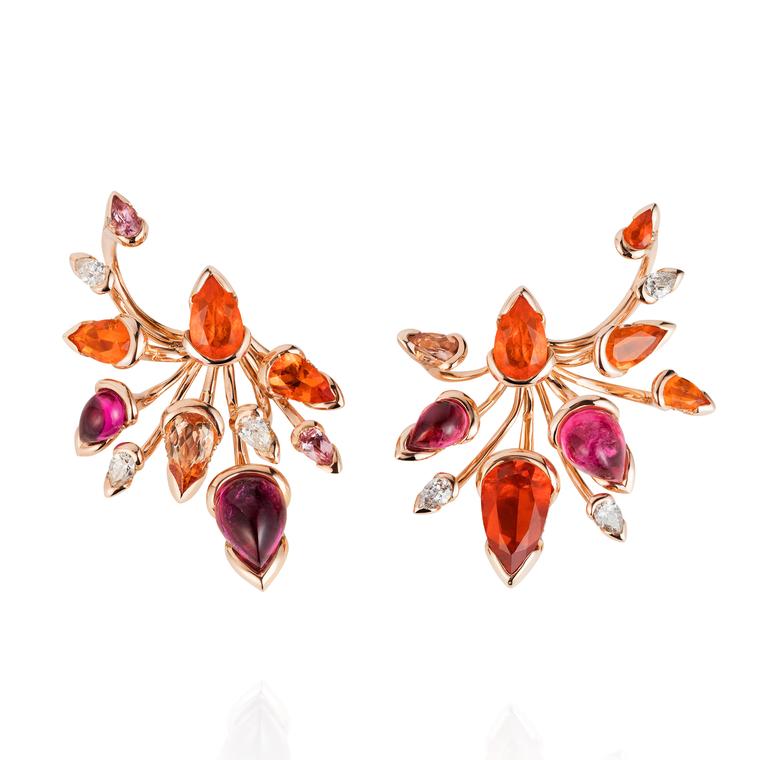 It is rare to create something entirely original, which is what makes the unique work of Brazilian jewellery designer Fernando Jorge so utterly appealing. With the Olympics just around the corner, we take a look at how his fluidity of form and desire to create a true Brazilian style have brought something totally fresh to the world of fine jewellery.

After a decade working for other jewellers in his native Brazil, Jorge signed up to study for a Masters in Jewellery Design at renowned London art school Central Saint Martins, in a bid to expand his knowledge and experience the sort of culture shock that breeds new ideas – and it worked.

“Everybody, including me, seemed to be excited about it, as I was tapping into a new way of working,” says Jorge of his time at Central Saint Martins. “I thought to myself, you’ve found something that only you have access to, that only you can explore, that only you’ve thought of. It was a great feeling to find a voice and an identity.”

This inimitable style that Jorge struck upon in London, where he is now based, was first forged in Brazil. The idea of discovering a jewellery identity representative of his native country first came to him when he was working for a large Brazilian jewellery manufacturer focused on copying European styles. “I felt puzzled as to why there wasn’t a jewellery aesthetic that was Brazilian,” he says. “Why weren’t they trying to do something different? It was frustrating.”

While the mainstream market was set in its ways, there were other innovative Brazilian designers at the time, and Jorge later found himself working for kindred spirit Carla Amorim, who he describes as creating jewellery that is “very Brazilian – warm, feminine, ornamental”. This encounter strengthened his resolve and, when he got to London, where he was greeted with a teaching style that encouraged him to be a free thinker rather than a follower, his own style began to develop.

“I started doing drawings and they were very sensual,” says Jorge. “Brazilians always talk about the body, and in Brazilian design and architecture there is a lot of softness and curves. That is how I started to create a Brazilian look for jewellery that has not been done before.”

Jorge’s jewels are sensual, free flowing and set with gemstones native to Brazil, such as opal, chalcedony and Paraiba tourmaline, although later collections have started to incorporate a wider selection of stones, such as African tanzanite. While his handiwork remains instantly recognisable, Jorge’s style evolves organically from season to season. The flowing lines of his debut Fluid collection were swapped for sharp edges in his follow-up Electric collection, and subsequent designs have flitted between the two extremes.

His latest offering is Bloom, which contrasts the restrained palate of last year’s Stream collection with fire opals, lavender jadeite and Boulder opals, sating his desire for something “exotic, tropical, jungle-like”. Like the other collections in Fernando Jorge’s expanding body of work, these floral-inspired jewels have not only been made in Brazil but are imbued with true Brazilian spirit.