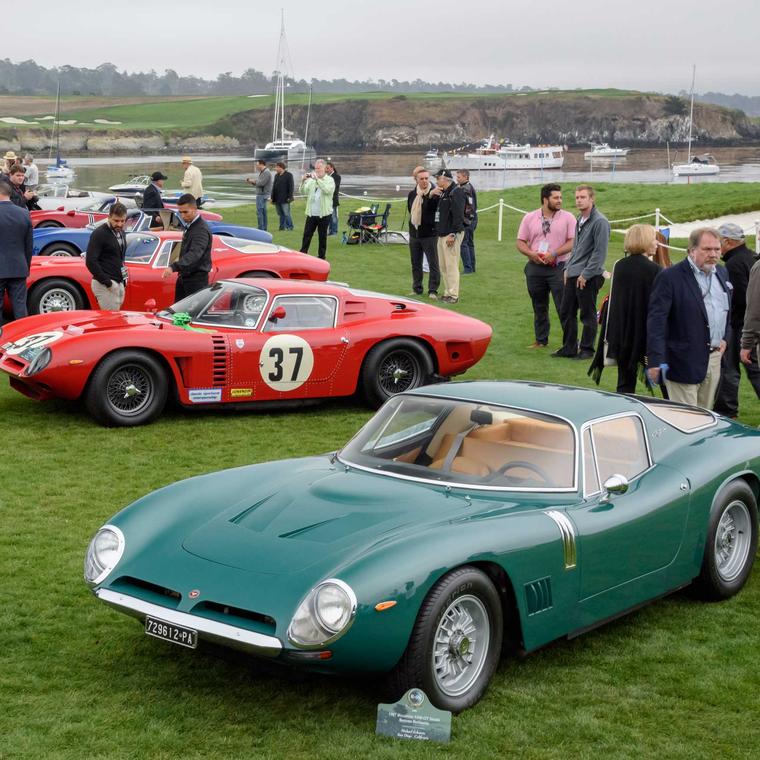 It is hard to imagine a more perfect setting for the Pebble Beach Concours d’Elegance, a gathering of more than 200 of the world’s most impressive show cars. Taking place on the famed 18th fairway of Pebble Beach Golf Link in California, the highly competitive event brings together the finest in design and engineering in the form of museum-worthy motorcars and pits them against each other, judged not by speed but by degree of elegance. And for the third year running, Roman jeweller Bulgari sponsored the Concours.

Bulgari’s links to the automative world run deep, and car design has long been a fascination of Nicola Bulgari, Vice-Chairman of Bulgari, who has one of the finest collections of American Buicks in existence. The crossover between the two disciplines is evident to those who can admire both the appeal of a beautifully formed chassis and the mechanics of a perfectly articulated Serpenti watch. Is it a coincidence that there is more than a fleeting resemblance between the B.Zero1 ring and a wheel cylinder? Or is it that truly great design crosses the boundaries of categories?

Either way, Italian design was very much at the heart of the Concours this year as, thanks to the support of Bulgari, a special category was dedicated to the creations of Giotto Bizzarrini. The former chief engineer at Ferrari, Bizzarrini is the genius behind some of the most famous race cars of our times and their beautiful liquid-smooth curves.

Marking the engineer’s 90th birthday, a selection of his creations was on display, with an award given to the winners of the category, Padma and Jürgen M. Wilms, for their 1969 American Motors AMX/3 Auto Costruzioni S.D. Coupe, presented by actor Jay Leno. In keeping with Bulgari’s philanthropic commitment, the firm donated two pieces of jewellery to help raise funds for the Pebble Beach Company Foundation charity, including a gold B.zero1 ring.