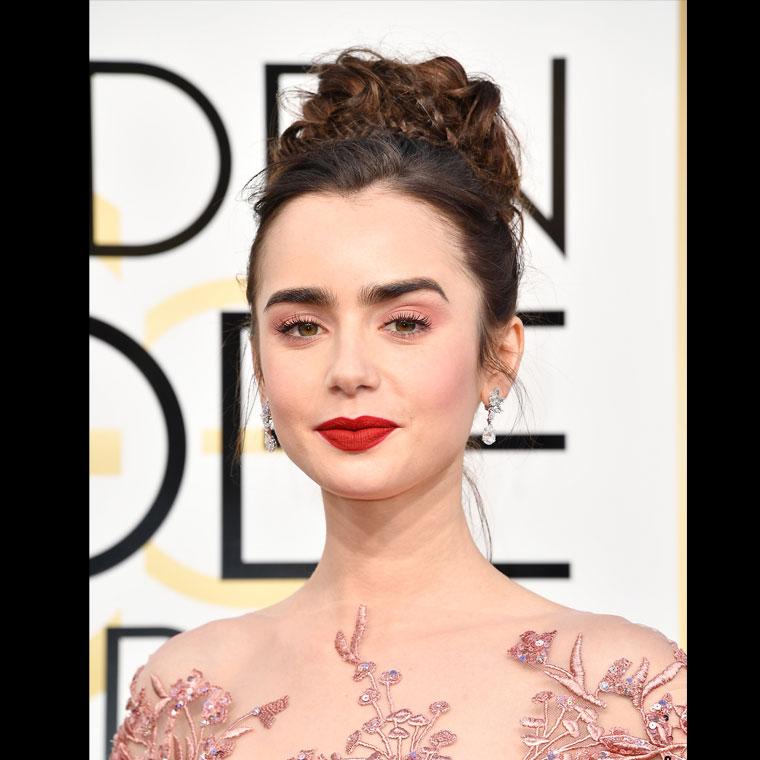 The 74th edition of the annual Golden Globe Awards was held last night in Hollywood kicking off the official award season and the first big red carpet moment of the year. If last year was dominated by the statement necklace, 2017 was all about shimmering  metallic gowns for silver screen (and TV) sirens and an emphasis on vintage jewellery from legendary American jewellery houses. A treat for jewellery and fashion fans alike, we take a look at some of the highlights of the first party of the season.

Ruth Negga, top, nominated for best actress for her role in Loving, set the tone for the evening with a shimmering metallic Louis Vuitton gown made from yellow gold and silver pailletes. Although the prize for best actress went to Isabelle Huppert, the Ethiopian-Irish actress won in the style stakes with a stunning Fred Leighton gold cuff bracelet set with a responsibly sourced 25.51-carat oval Gemfields ruby.

An American ceremony would not be complete without the presence of some sparkling whoppers courtesy of the House of Harry Winston. Mr. Winston was, after all, the first jeweller to get his stunning creations on the red carpet when he loaned actress Jennifer Jones diamonds to attend the 1944 Academy Awards, sparking an unremitting trend for red carpet jewellery.

Looking svelte and sophisticated, actress Drew Barrymore, above, was weighed down with more than $2.5 million worth of Harry Winston diamonds and wore seven rings – including a 37.03-carat South Sea pearl and diamond model – and a pair of Mrs. Winston Diamond Drop earrings.

Thandie Newton, below, nominee for best supporting actress in a series, draped a sensual diamond necklace worth 47.66 carats down her back for the awards, while Viola Davis and Liz Collins added intense sparkle to their looks with earrings from Harry Winston.

Naturally, Tiffany & Co. was present at the Golden Globe Awards. Emma Stone, below, whose prize-winning role as an aspiring actress in the musical La La Land took nobody by surprise, looked very much the Hollywood star with her dreamy, vaporous Valentino gown decorated with silver stars and offset with a diamond Tiffany choker.

Best actress nominee Natalie Portman, below, did not take home a prize but got to wear a pair of cascading Tiffany Fringe earrings in platinum and diamonds, a Tiffany ring with white and yellow diamonds and a diamond bracelet, all from the Tiffany archives, in tune with her Jackie Kennedy-inspired yellow Prada dress. Striking a very different tone, Sienna Miller dressed up her cut-out white Michael Kors outfit with classic Tiffany pearls and diamonds.

Golden Globe presenter and actress Zoe Saldana went Italian for the night and chose a vibrant pink chiffon dress from Gucci, complementing her look with a pair of high jewellery Serpenti earrings in pink gold with rubellites, emeralds and diamonds from Italy’s most iconic jeweller, Bulgari.

Trailing a dramatic black velvet and gold trimmed Atelier Versace gown, Blake Lively wore two Superwoman Lorraine Schwartz cuffs. Set with XXL emeralds, Lively was one of the few stars to embrace the official Pantone colour of 2017 – greenery – in her choice of jewellery.